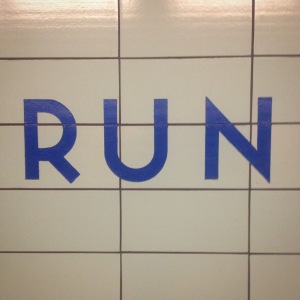 My wife and I often refer to High Park as our backyard. Among the amenities we lack, living in a typical west-end apartment—700 square feet of compartmentalized hobbit holes on the second floor of a detached brick house; dinner parties of 5, max, if one of you doesn’t mind sitting on the IKEA footstool with a plate on your knees—is a patch of wildness to call our own. Perhaps with a Japanese maple tree. Organic marjoram. Heirloom tomatoes that grow large and fecund beyond the emaciating constrictions of dollar-store clay pots; healthy and natural instead of skinny and leaning to the southeast from the balcony, pitiably seeking warmth from a Toronto morning sun.

We both grew up with backyards. Hers, in rural Nova Scotia, was an enormous grassy hill reaching down to the grey sea, perpetually washed by salty winds that blew children sideways and deposited on the laundry the yearning aroma of a distant sea-storm.

Mine, in suburban south Texas, was half an acre of twisted Mountain Cedar–achingly resilient against the white, brutish sunlight of August–and foot-tall fire-ant hills whose perforation at the whip of a doomed lawnmower blade or at the curious poke of a ten-year-old unleashed a throng of six million six-legged red demons, to the apparent delight of all parties involved.

One of the sacrifices I made to downtown city life is the backyard. I want to live in an electrifying hub of cultural, economic and artistic energy with millions of other people, but occasionally I’m anxious if I can’t escape into the (imagined) limitlessness of the childhood backyard, with all the mental freedom it engenders. I believe that was one reason we created parks: we needed some space in our cities to be calm, to be unformed.

I started trail-running in High Park about two years ago because pavement makes my feet cry and most gyms are dank, florescent-lit human zoos that smell of tears, peroxide and vanity, and the last thing I want while releasing my anxious energy into the urban cosmos is to look at myself in a twelve-sided mirror as I grunt at a dumbbell.

As a child my backyard was large enough to contain me and my need to run around in circles shrieking with senseless ecstasy as I splashed mud up my calves and trampled my mother’s rhubarb.

As an adult who still delights in mud and trampling as a way to push back against the constrictions of the city, I simply need a larger yard, preferably one that feels wild, where I can occasionally belt out a line of AC/DC lyrics, forgetting for a second that I’m not actually alone in the real wild, and startle the hell out of a hoodied dog walker as she scoops up terrier shit.

To provide forage to cattle was the founding objective of Boston Common, the oldest (colonial) park in North America, where for two hundred years residents shared the land to graze cows—and hang pirates and Quakers—before overfeeding and the Industrial Revolution began to transform the park from a cow pasture into a human sanctuary. Still, even as a suburban cattle range the Common was from its very beginning a place of compromise between the facility of town life and the tranquility of living wildly, by one’s own means and creativity.

“You can neither lie to a neighbourhood park, nor reason with it,” wrote Jane Jacobs in The Death and Life of Great American Cities.” She was arguing that the chemistry of urban planning alone cannot make a good park; its uncommonness is what defines its utility: “[I]n real life only diverse surroundings have the practical power of inducing a natural, continuing flow of life and use.”

I infer she delivered even more from that statement; by its very nature a city park must be a bit different, a bit wild. Like fire ants or an ocean wind. Like the gallows’ justice. Like an unrestrained heirloom tomato (I dare to dream).

In which the writer asks, How far can he run on High Park’s trails and hills without covering the same ground twice, relying only on his mental map and his heavy-metal iPod mix, and without regurgitating any gummy bears?

20.3 kilometres and 1125 feet of elevation gain entirely within a city park of just under 400 acres. Some shrieking. One zoo. No mirrors. Recommended for grown-up Torontonians in need of a childlike backyard just wild enough for the city.